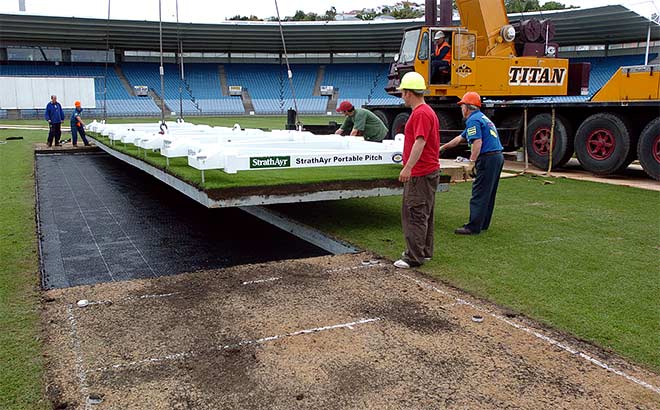 As the rugby and cricket seasons began to overlap, with the increase in professional sport, there was a need to make stadiums flexible in their use. A helpful development was the invention of portable cricket pitches. These could be prepared away from the ground in trays and then dropped on top of a concrete pad at the stadium. Here, Carisbrook staff position the portable pitch before a game in Dunedin between Otago and Canterbury in December 2005.