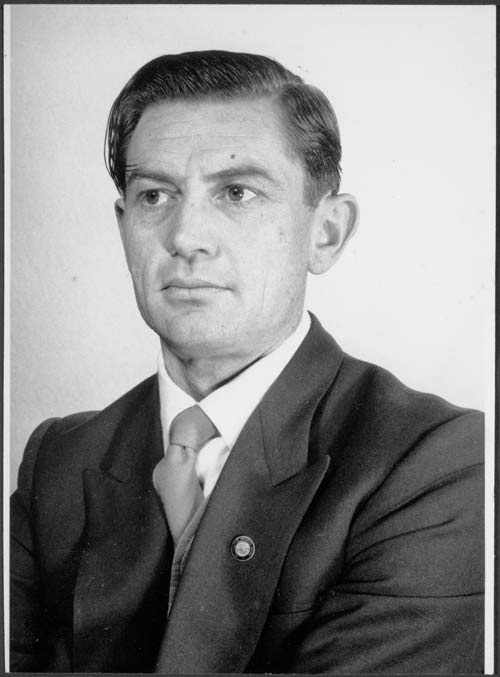 This photograph of communist activist and intellectual Chip Bailey was taken in the 1950s, at a time when he was a major force in the Wellington Drivers’ Union. He worked to rebuild the union when it was deregistered and left the Federation of Labour following the 1951 waterfront strike.