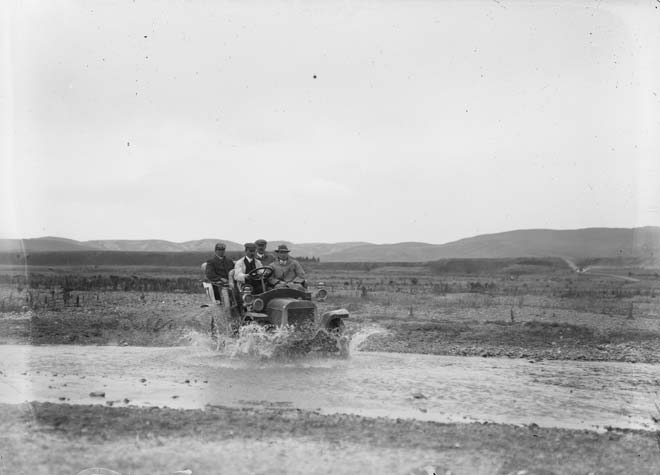 Roads were few and rugged in New Zealand in the early 1900s, when this photo was taken. It shows an Argyll, a Scottish-made motor car, taking part in a test rally or reliability trial. The Argyll was known for its reliability, and for a short period around 1906 was the world's best-selling make after Ford of Detroit.