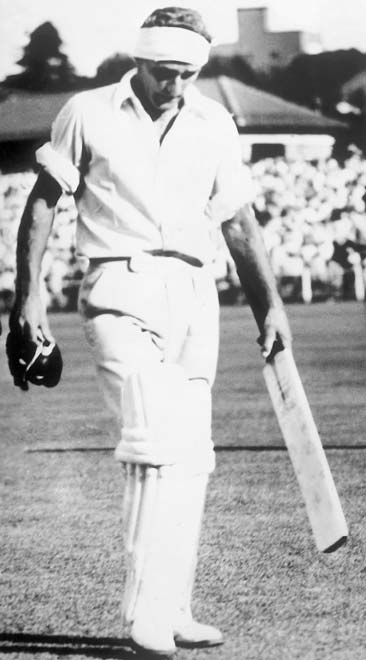 Boxing Day 1953 at Ellis Park was an epic day in New Zealand sport. Early in the morning news came that the fiancée of the New Zealand fast bowler Bob Blair had been killed in the Tangiwai rail disaster. When play began New Zealand quickly dismissed South Africa's last two batsmen, so they were left chasing South Africa's 271. The pitch was fiery, and the South African speedster Neil Adcock was dangerous. At lunch the New Zealanders were 35 for four and two batsmen were in hospital, Laurie Miller and Bert Sutcliffe. Sutcliffe's left ear lobe had been split. However, with bandaged head he returned at 81 for six and began to attack the bowling. The ninth wicket fell at 154 and then Blair appeared at the crease. The two players, one wounded physically and the other emotionally, increased the tempo and scored 33 in 10 minutes before Blair was stumped. Bert Sutcliffe was left 80 not out, having hit seven sixes in his innings. Their courage was to no avail. New Zealand lost the test by 132 runs, and the five-match series 4–0 with one test drawn.