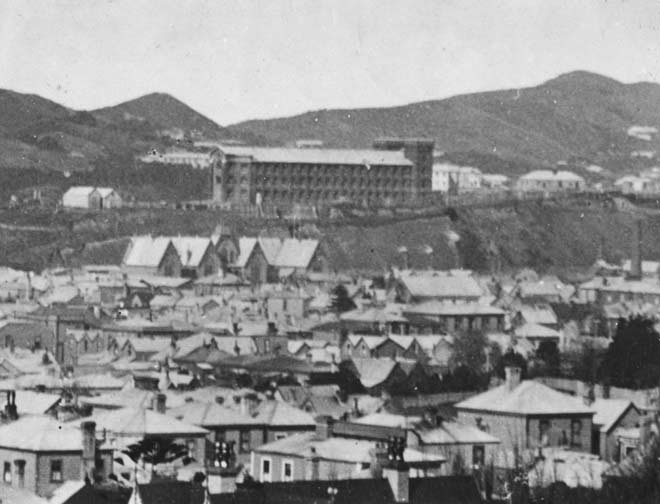 Shown in 1896, Mt Cook Prison dominates the hillside in Mt Cook, Wellington. Construction of the prison building began in 1882 as part of a nationwide prison-building programme. Public opposition to a prison on Wellington's most prominent site led to the closure of the building in 1900. It was then reopened as the Alexandra Barracks for local military forces. A prison brickworks operated from nearby buildings, with prison gangs brought over daily from the Terrace Gaol. Conscientious objectors were held as prisoners at Mt Cook from 1917 to 1919. The Mt Cook complex served as a base for special constables during the 1913 strike and housed unemployed workers in 1930. In March 1931 the barracks were demolished to make way for the Dominion Museum.