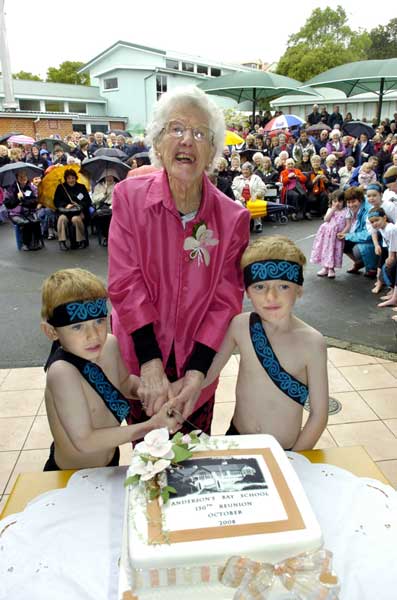 When Anderson's Bay School, Dunedin, held its 150th anniversary reunion in 2008, the oldest ex-pupil in attendance, Peggy King (née Somerville), aged 92, cut the celebratory cake with two of the youngest pupils, Logan (5) and Hamish (7) Cadzow. Logan and Hamish were the fifth generation of their family to attend the school.