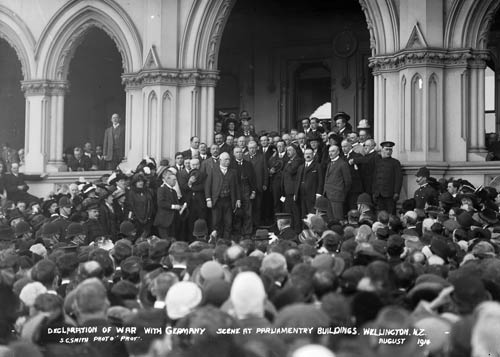 A crowd stands in front of Parliament buildings as Prime Minister William Massey (middle centre, with the white moustache) announces that the British Empire is at war with Germany in August 1914. The leader of the opposition, Joseph Ward, is to the right (black moustache). The First World War was one of only three occasions in the 20th century when elections were suspended and New Zealand’s parliamentary term was longer than three years. The other times when this happened were during the economic depression of the early 1930s, and during the Second World War.

Voting in the 2008 general election