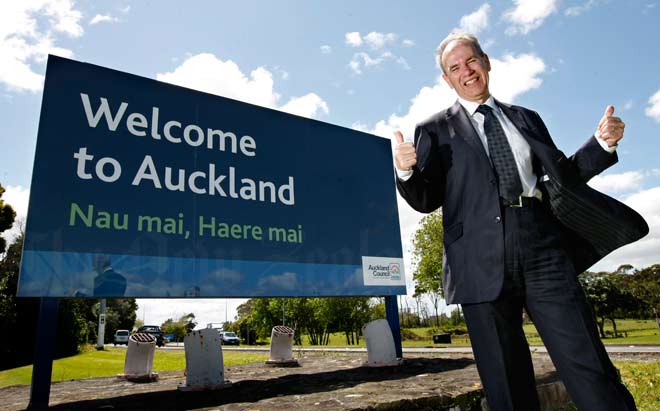 The first mayor of the Auckland 'super-city', Len Brown, stands beside a sign newly erected at Auckland airport in 2010. Brown was elected mayor of Manukau City in 2007. At the following local-body election in 2010 he became mayor of the newly formed Auckland Council, which replaced seven previous city and district councils (including Manukau) and the Auckland Regional Council. Re-elected as mayor in 2013, he did not stand again in 2016.