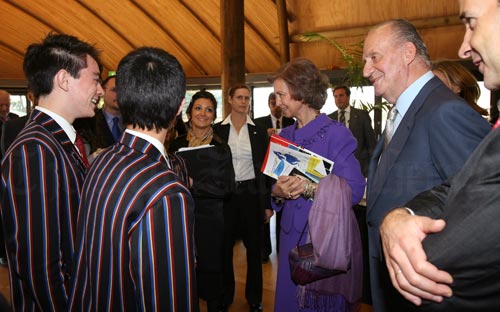 Students from King’s College in Ōtāhuhu, Auckland, formed part of the welcome for Spain’s King Juan Carlos and Queen Sofia at Auckland University in 2009. The royal couple were in New Zealand to open the new Spanish embassy in Wellington. King’s College opened in 1896, amalgamating in the early 20th century with St John’s Collegiate. Apart from a downturn in the 1930s caused by the economic depression of the time, the school has continued to thrive.