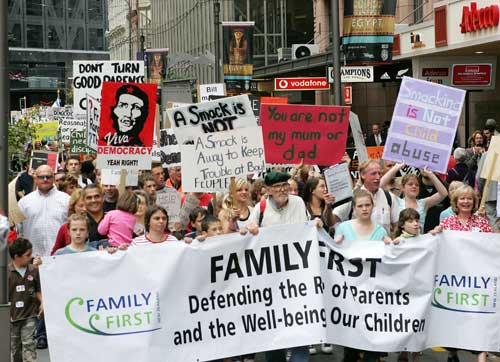 In the early 2000s Family First was one of a number of conservative groups that opposed proposed legislation to end corporal punishment of children – the so-called 'anti-smacking' bill. Family First declared the measure would undermine parental authority and campaigned to stop it being passed. This protest march is progressing along Wellington's Lambton Quay in March 2007. The bill became law later that year.