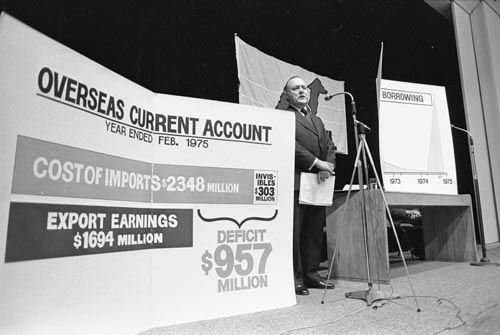 Robert Muldoon was minister of finance from 1967 to 1972 and again, while also prime minister, from 1975 to 1984. In the lead-up to the 1975 election, as leader of the opposition, he vigorously challenged the government’s economic management, dramatising his criticism with huge charts, as shown here at a meeting in the Lower Hutt town hall. From the 1960s onwards, Treasury (along with ministers of finance) focused on managing the economy as a whole – as much as on its original role of managing the government’s finances.