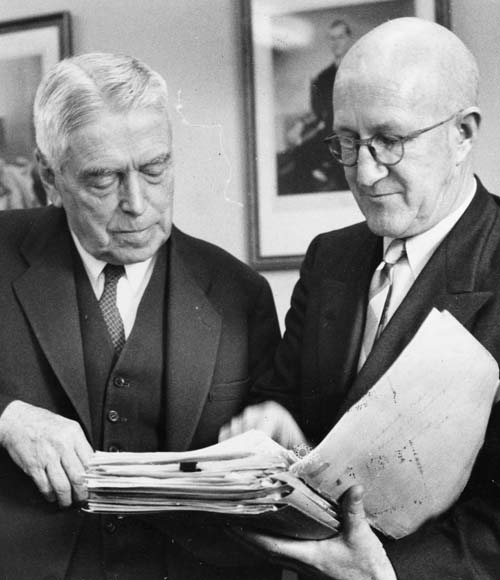 Labour Prime Minister Walter Nash meets with Minister of Finance Arnold Nordmeyer in 1958. The minister of finance is usually the highest-ranked minister in cabinet, and wields considerable power. Sometimes this can be risky: Nordmeyer's infamous 'Black Budget' of that year, which raised taxes on alcohol and tobacco among other things, was extremely unpopular and probably led to the party's defeat at the 1960 general election.

Ministers inside and outside cabinet