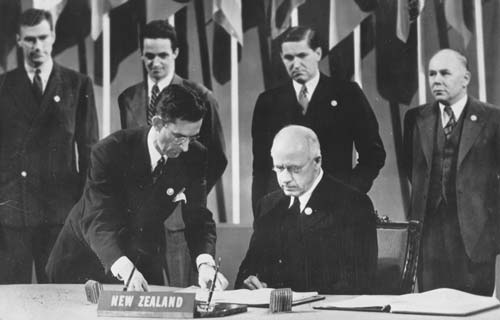 New Zealand Prime Minister Peter Fraser signs the United Nations Charter in San Francisco in 1945. The horror of the Second World War made the development of the United Nations imperative, and it gave New Zealand's emerging foreign policy and diplomatic service a chance to further develop. Within the UN, New Zealand was part of the anti-communist British and American bloc, and was a loyal if sometimes dissenting voice.