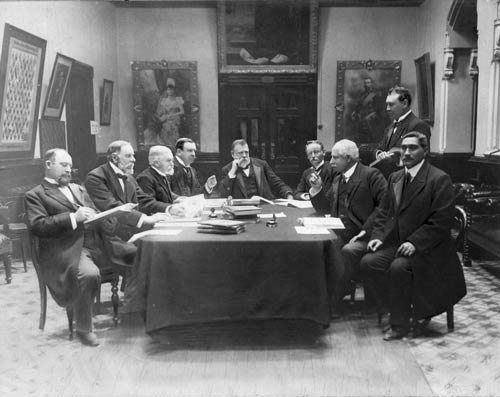 Colonial cabinets were small because the state was small, and because Britain carried out New Zealand’s external relations.

Seddon’s cabinet room has been restored and can be visited at the Government Buildings Historic Reserve, across the road from the parliamentary complex.