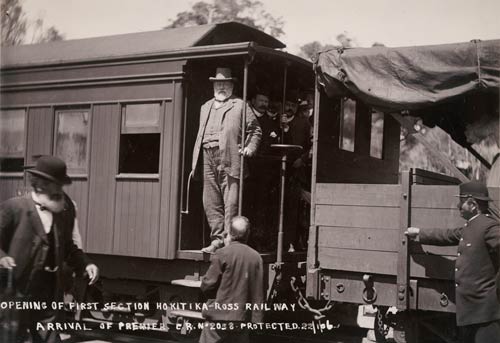 Building and extending railway lines and rail services was a major function of New Zealand's public service in the first years of the 20th century. Here, Premier Richard Seddon arrives to open the first section of the Hokitika–Ross railway on the West Coast. Before entering national politics Seddon had spent 20 years working as a goldminer and publican on the West Coast, and appreciated the importance of large-scale public works such as railways. He died in 1906, the year this photo was taken.