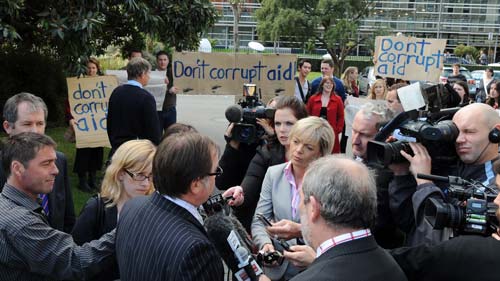 Foreign Affairs Minister Murray McCully speaks to the media after announcing the decision to restructure NZAID in 2009. NZAID was created by the Labour-led government in 2002 as a separate organisation from the Ministry of Foreign Affairs and Trade. The National-led government elected in 2008 brought NZAID back into the ministry. A group of protesters looks on.