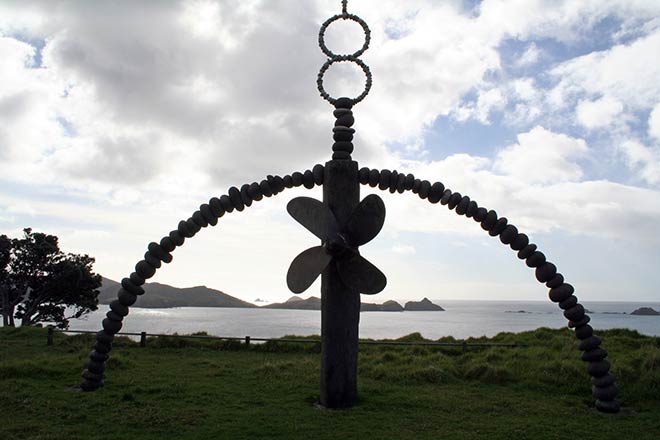 This memorial to the Rainbow Warrior stands on the cliffs above Matauri Bay in Northland and looks towards the spot where the ship was finally scuttled. The Rainbow Warrior was a Greenpeace protest ship which was blown up in Auckland Harbour in 1985 by French government agents in an effort to derail the Greenpeace campaign against French nuclear testing in the Pacific. The memorial was the work of Chris Booth.