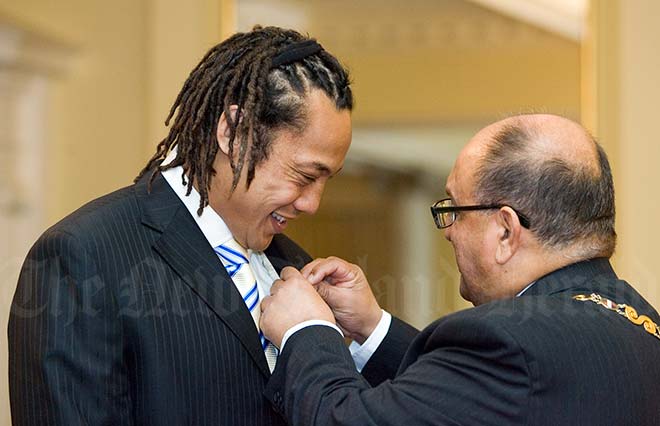 Well-known rugby player and former All Blacks captain Tana Umaga receives the insignia of the Companion of the Queen's Service Order from Governor-General Sir Anand Satyanand at the Queen's Birthday honours investiture ceremony in 2006. Royal honours are announced on Queen's Birthday and New Year's Day in New Zealand, as they are in Britain, and the investiture ceremonies take place several months later.