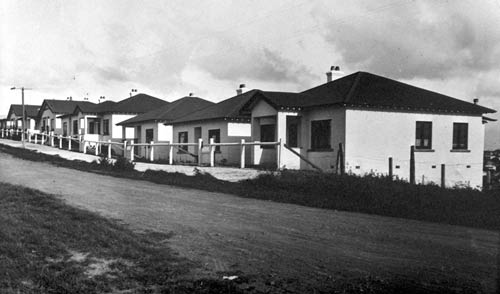 In the early 20th century local councils became more interventionist. One area they moved into was housing provision. In the early 1920s Auckland City Council, using a government loan, built 60 houses in suburban Grey Lynn for working families to buy. Among them were these houses erected in Old Mill Road. They were constructed of (low-maintenance) concrete and featured a series of different bungalow-styled designs. In 2011 many of the houses remained standing, though some had been modified.