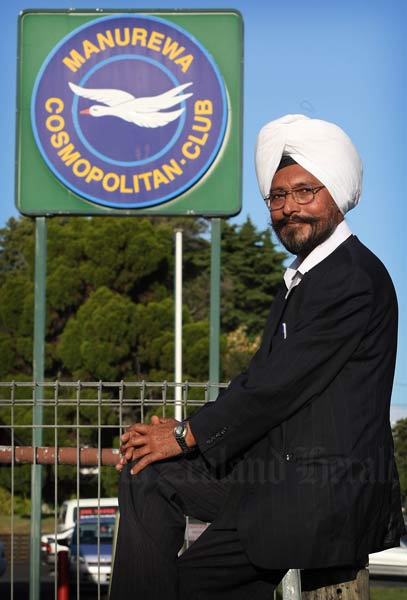 Karnail Singh outside the Manurewa Cosmopolitan Club in South Auckland. In December 2009 Mr Singh was due to receive an award from the club for service to the community. However, the club banned him from entering under its 'no headgear' rule because he wore a turban, a traditional garment of his Sikh faith. In March 2011 the Sikh Council planned to complain about the ban to the Human Rights Review Tribunal, which can require the club to grant admission to Mr Singh under the Human Rights Act.