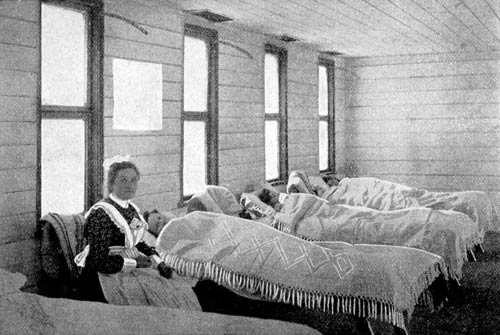 A fever hospital, originally intended to be only temporary, was set up in 1860 in the Dunedin suburb of Caversham. It is shown here in 1903, when a scarlet fever epidemic swept through New Zealand, killing at least 131 people. These are some of the six girls who were quarantined in the hospital.