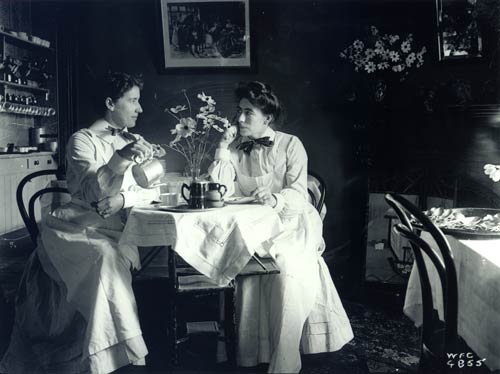 Two women (possibly the proprietors, Frances Old and Annie Telford) take a break from work to have a cup of tea at the Alexandra Tearooms in Gisborne. At this time, tearooms were among the few venues where respectable women could meet outside their own homes and chat over tea, coffee and light refreshments. These small cafés, which became more common in towns and cities from the 1890s, were often run by women.