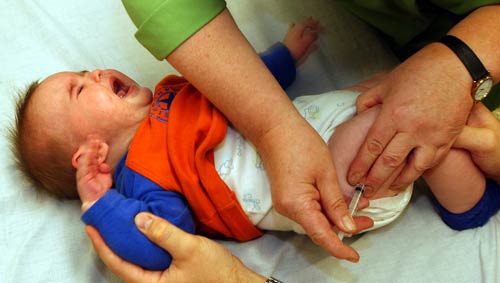 Young children are more vulnerable to infections than older children and adults because their immune systems are still developing. In 2010, five out of the seven vaccination sessions on the New Zealand Immunisation Schedule were for children under five – four were for babies 15 months and younger. Josiah Astwood of Dunedin is receiving his five-month shot.