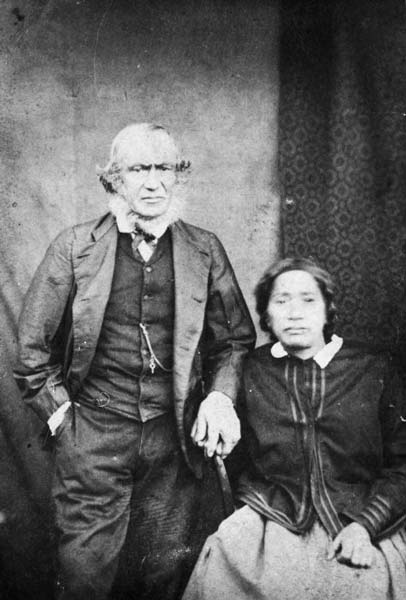 New Zealand whalers frequently married local Māori women, who, Edward Jerningham Wakefield reported, 'are generally distinguished by a strong affection for their companion; are very quick in acquiring habits of order and cleanliness; [and] facilitate the intercourse between whalers and their own countrymen'. This couple are James 'Worser' Heberley, a shore whaler based at Te Awaiti in the Marlborough Sounds, and his wife Te Wai Nahi, a prominent Te Āti Awa woman from Waikanae. They had eight children.