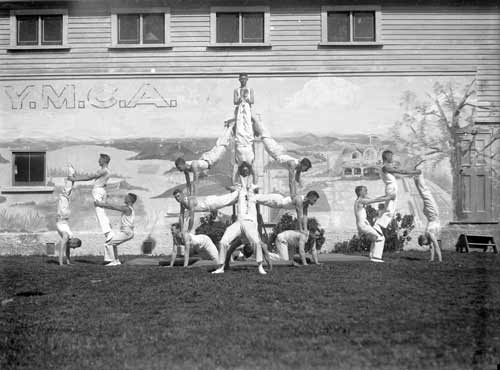 Members of the Nelson branch of the Young Men's Christian Association (YMCA) take part in a gymnastic display outside their clubrooms in the 1920s. While the YMCA was a religious organisation, it emphasised building a healthy body to ensure a healthy mind. Over time the YMCA diversified and by the 21st century it was more of a community service organisation than one just focused on youth.