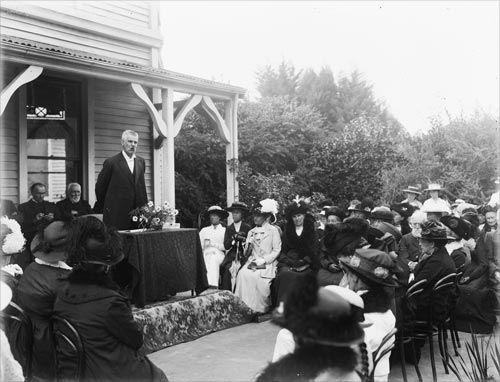 An audience of well-dressed women and a few men listen to a speaker at the opening of a Presbyterian orphanage in the Wellington suburb of Berhampore on 16 November 1912. Churches were major providers of voluntary welfare in the 19th and 20th centuries. At first they focused on setting up orphanages and homes for single mothers and 'fallen women' – usually former prostitutes.