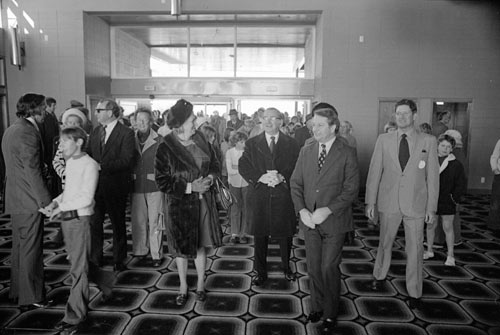 Bill Rowling of the Labour Party is second from right at the opening of Nelson airport in June 1975. He was MP for Buller or Tasman from 1962 to 1984. Rowling was finance minister from 1972 and prime minister in 1974–75 following Norman Kirk’s death in office. Born just outside Motueka into a farming family, Rowling was a teacher before entering politics.