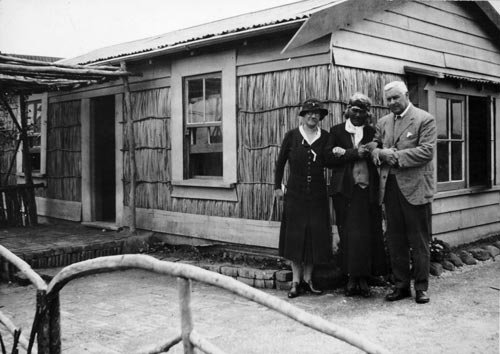 The Waikato leader Te Puea Hērangi (centre) was one of only a handful of Māori who were widely known among non-Māori before the Second World War. She is shown here outside a trial form of Māori housing made of both traditional and non-traditional materials.