Converging at the Pole 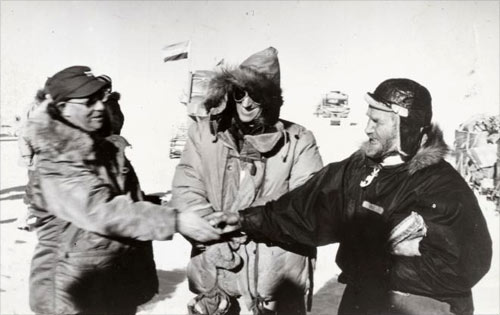 On 20 January 1958 the British team led by Sir Vivian Fuchs (right) arrived at the South Pole from Shackleton Base, located on the opposite side of Antarctica from Scott Base. There Fuchs greeted Hillary (centre) and American Admiral George Dufek, who had flown in to establish a station at the Pole in preparation for the expeditions.

With tractors at the South Pole