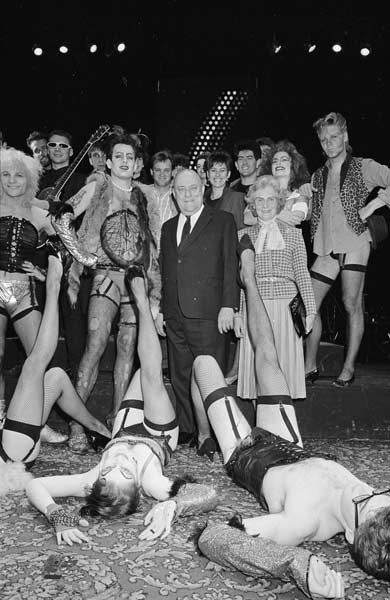 After 1985 court battles with multi-millionaire Bob Jones, in which each sued the other for defamation, Muldoon was left with considerable costs to pay. He raised the money by various activities, including performing in The Rocky horror show in 1986 as the narrator. His evident enjoyment of the role, in which he danced the ‘Time Warp’, won him ovations. The production also included Russell Crowe (right), then using the moniker Russ Le Roq. Crowe was later to become an acclaimed film actor.