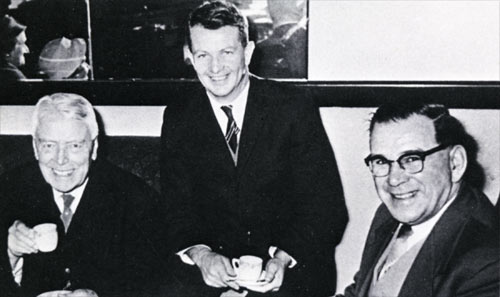 In the early 1960s Bill Rowling attempted to gain political experience. His efforts paid off in 1962 when the death of senior Labour member Gerry Skinner led to a by-election in the marginal electorate of Buller. Here, Rowling is supported by politicians Walter Nash (left) and Stan Whitehead during the campaign.