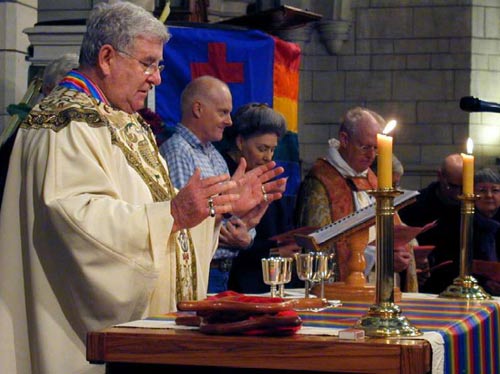 A 2006 service in a liberal Anglican church – Auckland's St Matthew's in the City – celebrates the 20th anniversary of gay law reform.

Liberal Christians accept homosexuals as part of 'God's creation'. They point to New Testament passages (the foundation of Christianity) which accept people for who they are. Within this view, same-sex relationships are recognised, and gay men and lesbians are able to hold church leadership positions. The two perspectives have polarised some mainstream churches, with debates discussing homosexuality closed off to prevent schisms.

The Big Gay Out