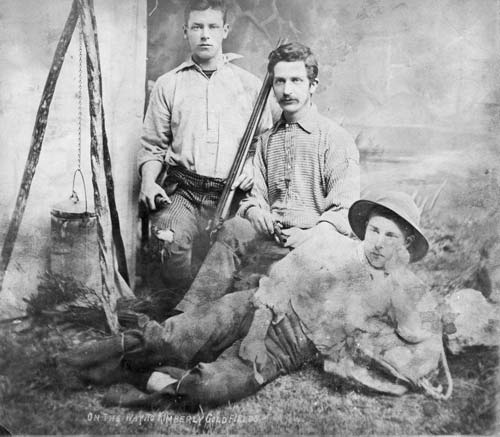 In 19th-century Pākehā society there were more men than women. This was especially true in rural areas, where men often worked as agricultural labourers, tree fellers, road and railway builders, and miners. Many lived in workmen's quarters or camps, and intimate relationships between men were relatively common. These gold miners pose around a (studio) campfire in the 1880s. Their demeanour suggests they were at ease in each other's company.