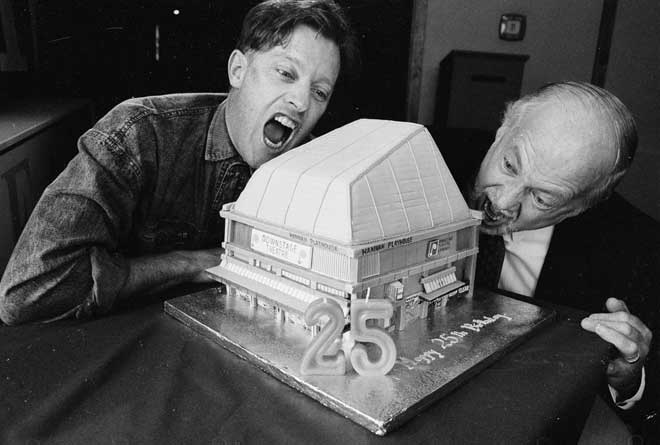 Downstage's artistic director Colin McColl and the president of the theatre's members' society, Eric Turner, act out eating the theatre's 25th-anniversary cake in 1989. The founding of Downstage in 1964 marked the beginning of city-based professional theatre in New Zealand. Soon other cities such as Auckland, Christchurch and even Palmerston North followed suit with locally based companies.