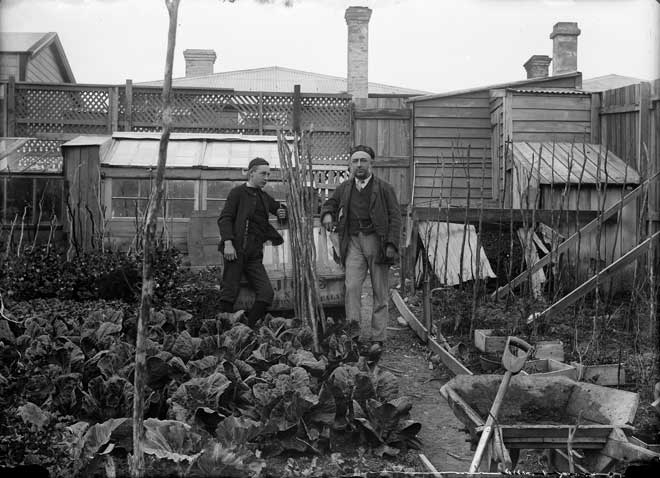 Henry and Reginald Wright pose in the flourishing vegetable garden behind their house in Britomart St, Wellington, in 1892. The quarter-acre section often had a huge vegetable plot. It was expected to provide most of a family’s vegetable needs in an era when the basic New Zealand main meal of the day was described as ‘meat and two (or three) veg’.