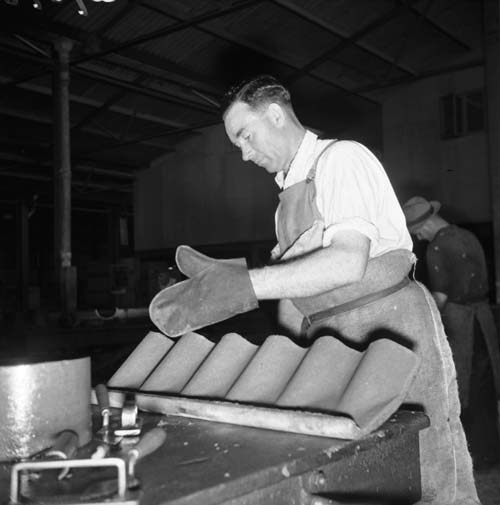 Before the health dangers of asbestos were fully understood it was widely used as a fireproof building material in New Zealand. This 1940s worker, wearing gloves and an apron but no face mask or breathing apparatus, is making Fibrolite roofing from asbestos.