On the set of Bread and roses 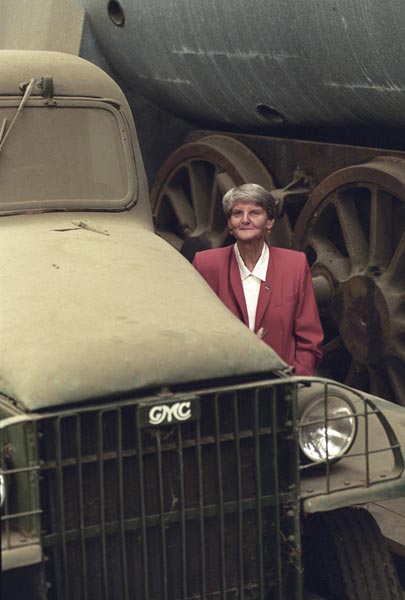 Sonja Davies became widely known when a film based on her 1984 autobiography, Bread and roses, was released in 1992. She is pictured on the film set, standing between a locomotive and truck from the 1940s. Focusing on the years of her political awakening, the film (directed by Gaylene Preston) was a fitting tribute to a long career of fighting for political change.