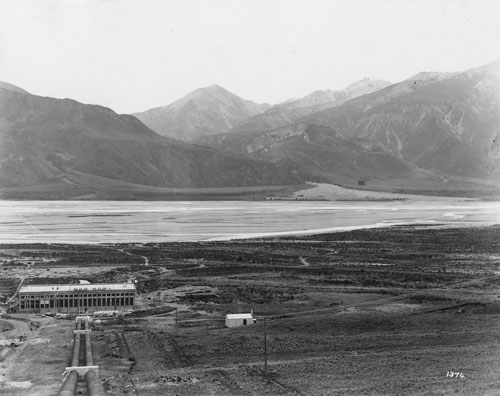 Lake Coleridge, the first large power station built by the state, was constructed between 1911 and 1914. The site was attractive because of its simplicity. No dams or headworks were needed. Water could be led directly down to the powerhouse, creating a high head (the distance water falls to the turbines). The lake provided storage. Its capacity was increased by diverting the Harper, Acheron and later the Wilberforce rivers.