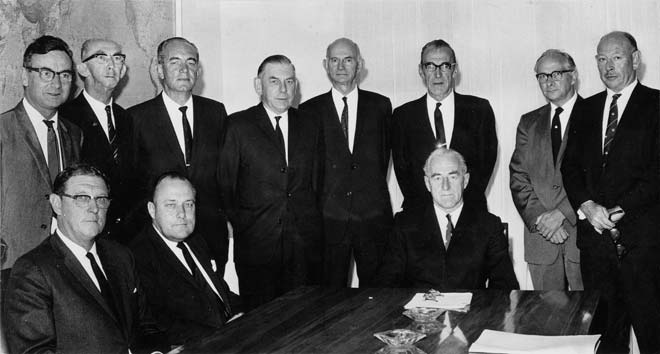 International development economics influenced New Zealand policy in the 1960s. As former colonies became independent, plans were made for developing them by establishing economic objectives and implementation plans. This thinking spilled over into developed economies as well. Frank Holmes, a professor at Victoria University, was a leading participant. One of the outcomes of the 1968 conference was a recommendation that the manufacturing sectors should definitely be protected, with tariffs being favoured over import licensing. Minister of Finance Robert Muldoon is seated second from the left in the front row.