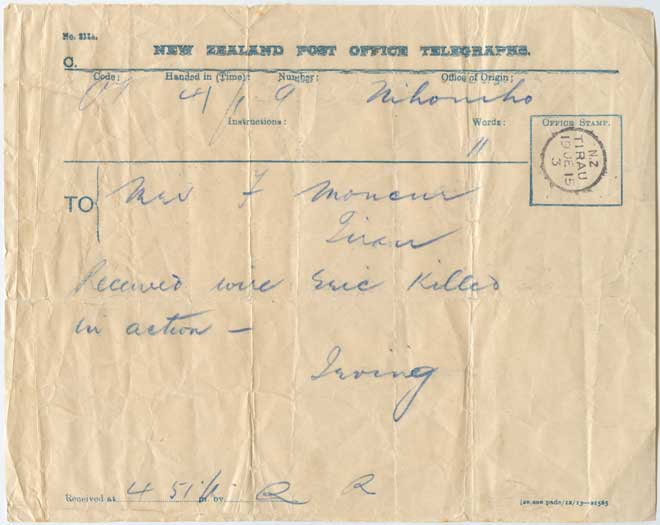 In 19th and the first half of the 20th century telegrams were commonly used to send important or urgent news. The military sent telegrams to tell parents of soldiers that their son was missing or had been killed in action. In this telegram a man named only as Irving tells Mrs F. Moncur of Tīrau that he has 'received wire [telegram] Eric killed in action'. The year was 1915.