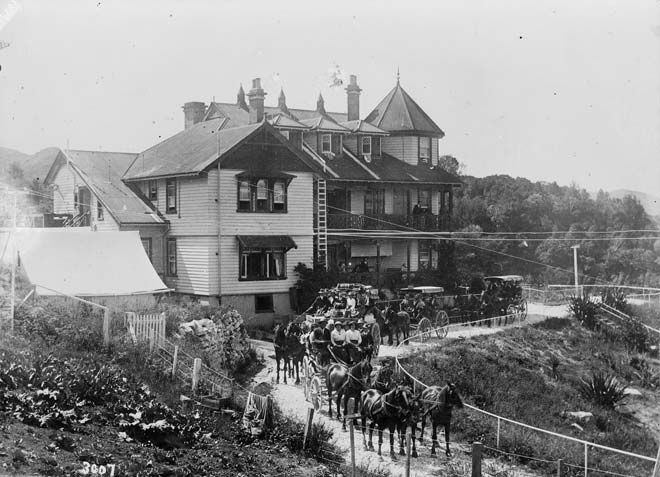 The government purchased or built a number of tourist hostels and hotels in key sites from the late 19th century. The hostel at the Waitomo Caves was built in 1908. The hostel only had six guest bedrooms so would have struggled to accommodate all the people seen here leaving by horse and buggy. A much larger concrete wing was added in 1928.