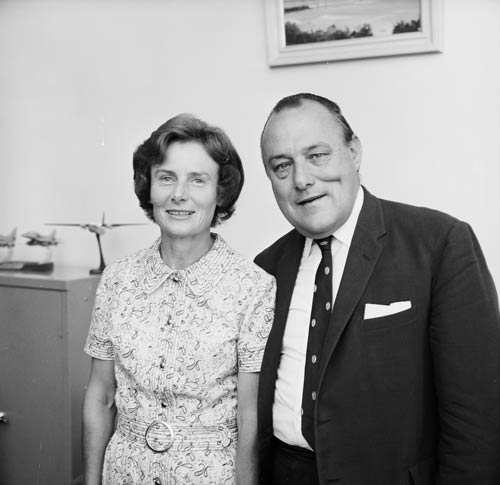 Rob and Thea Muldoon pose for the camera in 1972. When Keith Holyoake stood down as prime minister in February that year, Muldoon was one of the contenders for his position, but was defeated by Jack Marshall. Muldoon became deputy leader. In 1974, two years after National lost the election, he replaced Marshall as leader, a controversial decision that was unpopular with some party members.