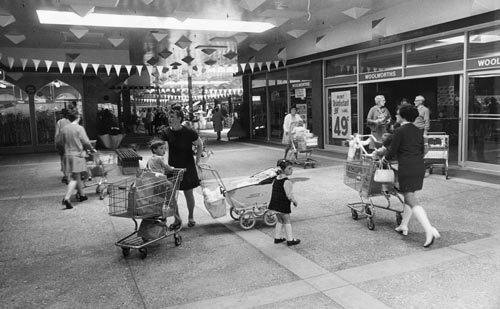 This photo was taken four years after a mall opened in the Wellington suburb of Johnsonville in 1969. Suburban malls of the late 1960s and early 1970s were often quite small and usually had a supermarket attached. Malls increasingly stole custom from small shops in main streets of cities. They reflected greater levels of car ownership – most people now drove to do their shopping instead of taking buses and trams.