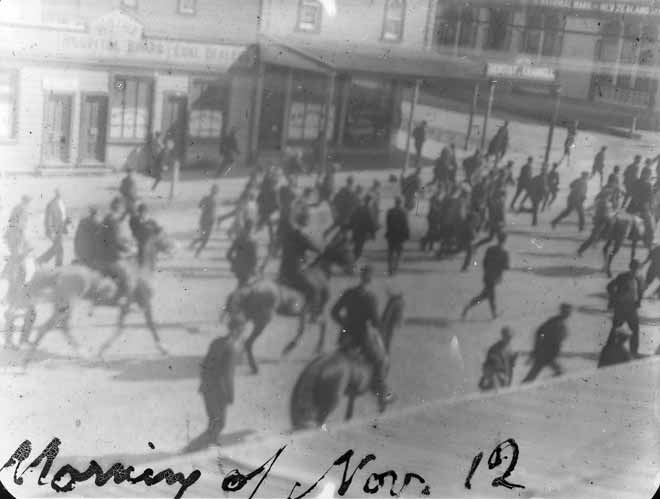 Striking miners are chased through the streets of Waihī by enraged strike-breakers, while mounted police stand by. Eight months after the Waihī miners went out on strike, open violence erupted between them and the hundreds of strike-breakers and police who had arrived in the town. On 12 November 1912, a date later known as Black Tuesday, striker Fred Evans was batoned to death and the strike-breakers rampaged through Waihī, attacking strikers and forcing them and their families to leave town.