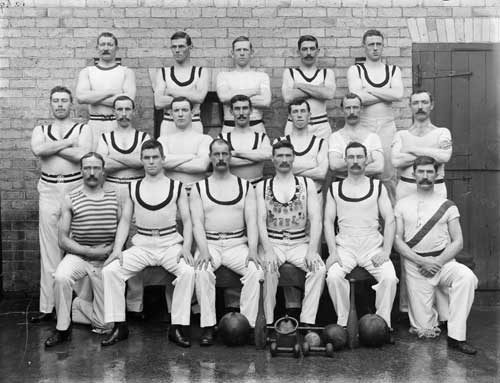 At the beginning of the 20th century, anxiety in England about the physical decline of the race (sparked especially by the poor physical level of Boer War recruits) encouraged a movement for gymnastics and physical culture. This quickly spread to New Zealand. Here, members of the Auckland police (another English institution) display their Anglo-Saxon manhood.