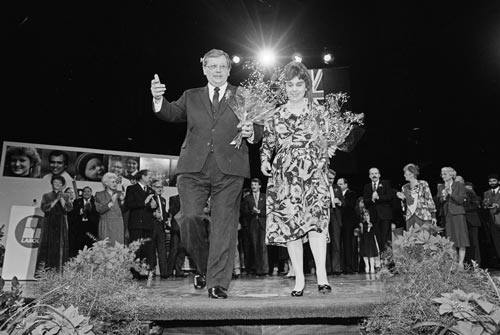 David and Naomi Lange received the traditional standing ovation from Labour Party members at the opening of the 1987 election campaign. Although majorities fell in many Labour electorates, overall Labour received an increased majority, with voters from different ends of the political spectrum approving of the government’s anti-nuclear stance and its free-market economic policies.