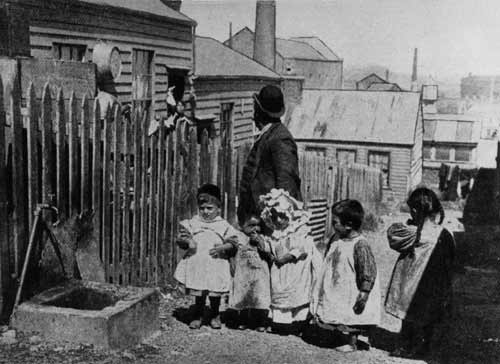 Lebanese settlement in Dunedin was mostly on the flats in the south, or just south of the Octagon – the Walker Street (now Carroll Street) district, where this photo was taken in 1904. Many owned their own houses here. In 1956 the community also established the Cedars of Lebanon Club in this part of town. They bought a new house in nearby Stafford Street in 1964. In 2003 the clubrooms were sold as they had not been much used. At the time, the club still had around 200 financial members, representing some 2,000 Dunedin people with Lebanese connections.

The Farry family of Dunedin