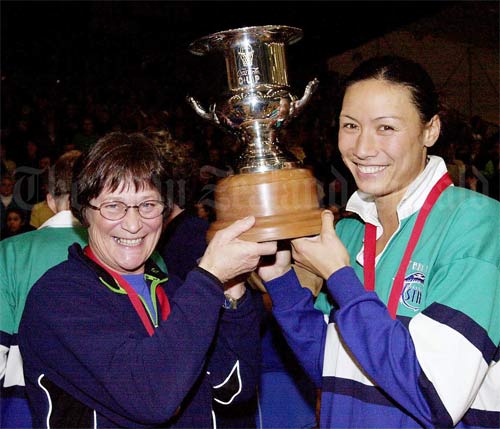 Although the new ethnic groups, with distinct traditions, broadened the image of the New Zealander, some from an immigrant background won success in traditional areas of national achievement such as sport. A good example was Bernice Mene, whose father had migrated from Samoa. She became captain of the national netball team, the Silver Ferns. Here, Bernice Mene (right) holds the Coca Cola Cup for the Southern Sting in 2000.