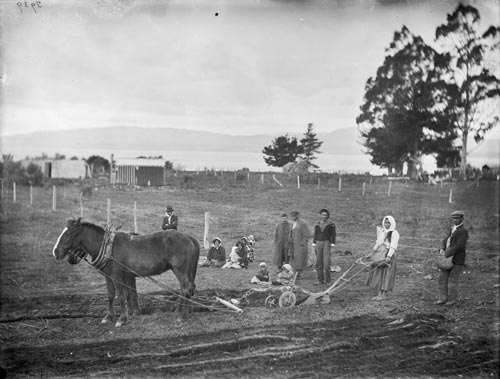 A Ngāpuhi family pose with horses and a plough in the fields in Northland around the turn of the 20th century. At that time most Māori were living in the country and were involved in farming activities such as planting kūmara or potatoes as in this photo. Women as well as men worked in the fields, and horses were used extensively for transport and ploughing.

Family outside their hut