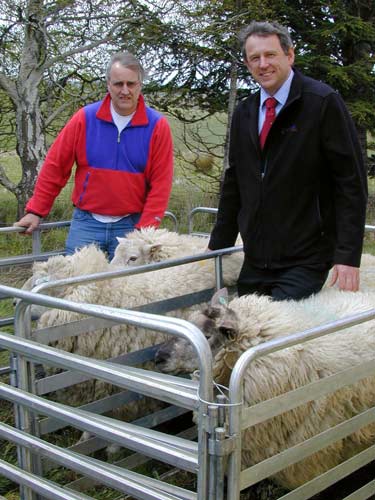 AgResearch scientist John McEwan and Catapult Genetics production manager Mike Tate view rams with resistance to internal parasites. Since the formation of the Crown research institutes, commercial firms have been actively encouraged to partner research programmes and product development. One example is the research done at Invermay Research Centre to identify sheep genes associated with resistance to internal parasites. The work is a partnership between AgResearch and Catapult Genetics, a subsidiary of Pfizer Animal Health.